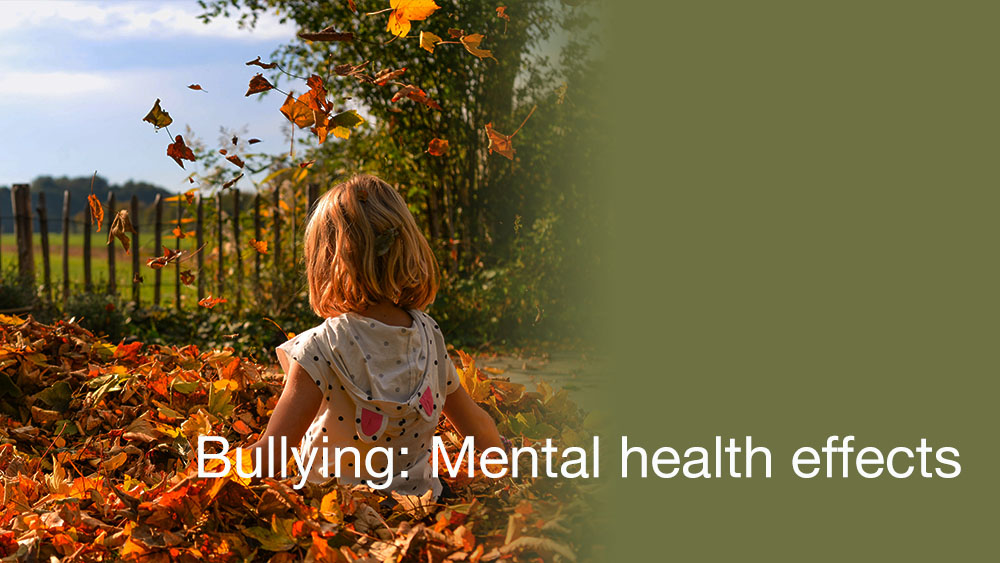 It’s a study that is has been a long-time coming!

This is pretty important. I am hopeful that with the new study, there will finally be a focus on sibling bullying.

This study was a longitudinal study of 14,000 children at 18 weeks pregnancy — who would be followed until they were 24. The study would look at mental health, depression, anxiety, self-harm and psychotic disorders.

I’m extremely excited! After contacting Dr. Wolke, he is very interested in reading my book and agreed to an interview.

I started this quest a few years ago. I have heard from many people on their struggle with mental health: suicide; depression; anxiety; bipolar disorder; self-harm and complex post-traumatic stress disorder and more. This study is one that has validated everything I have been an advocate for.

The Independent and Cumulative Effects of Sibling and Peer Bullying in Childhood on Depression, Anxiety, Suicidal Ideation, and Self-Harm in Adulthood published in the journal Frontiers in Psychiatry, has findings that show the long-term effects from sibling bullying — self-harm, suicide attempts and depression at 24 years of age.

Of 3,881 youths studied it was found that 31.2% experienced bullying by a sibling. Of those who both became victims and bullied siblings (bullied siblings  are siblings coerced by another sibling to bully):

What the study also found was those who experienced sibling bullying and peer bullying had double the odds of developing clinical depression and consider suicide.

What is so important in the findings, is that if the child is a bully at home they are 3X more likely to bully outside the home. If the child is a victim, then there they are 2-3X likely to be bullied at school. Why? The bullies have learned the pattern of domination. The victims have learned to be submissive. There has been a learned behaviour: how to react to people.

For victims of sibling bullying, it:

For the bully or perpetrator, they are:

So, what is the difference between sibling rivalry and sibling bullying?

Sibling Rivalry starts early on. It is a healthy competition. Not a dominance of one over the other. That is the difference plain and simple.

Sibling Bullying is quite different. As I have always said, and what Dr. Wolke has confirmed, is we are talking about intentional harm. There is an intention to hurt someone. The bully wants to get a reaction. It is about dominance, so there are repeated conflicts. Every week; several times a week.

Bullying happens when you don’t choose the people you are with. There are three situations where you are trapped: 1) workplace, 2) school and 3) home.

Think about it — you cannot ask your sibling to move out. You are like a caged animal. You have to get along with people. So, with sibling abuse, there is a power imbalance. Someone is stronger or perceived to be stronger.

This is the last taboo. According to Dr. Wolke, few parents are aware that it is happening. Sibling bullying happens behind closed doors. Parents may see aggression and not think anything of it. Dr. Wolke states, if the bullying occurs every week or several times a week, where parents can see one of the children is upset and crying, then they need to intervene.

Dr. Wolke says that in the extreme — if children go to the hospital with broken arms/legs, parents might say the child fell down the stairs. They will not say he/she was pushed down the stairs; or that they were fighting. Most times the bullying becomes normalized.

What are the implications?

In theories about development, we have ignored siblings as a major influence, yet, the relationship endures longer than parents. That relationship continues even after your parents have passed away. You are still related to your siblings. Or maybe there is the aunt or the uncle. There are inheritance issues. There are lots of potential conflicts. With siblings, there is a long term relationship.  My aunt passed away 5 years ago, and my life changed forever.

With the mental health issues that have now been published, we cannot continue to ignore sibling bullying and abuse. Period!

What was the conclusion of the report?

Parents, psychologists, medical professionals and all of us — need to start taking this seriously.

I hope that this blog post is validating for you. The study confirms what we’ve always known: Bullies come home and there are long-term mental health consequences.

A large percentage of people said yes to hearing “it is only sibling rivalry”. Others gave other answers (which I will not post here.)

I believe most parents know – and ignore. The results speak for themselves.

The Twitter survey also showed that many were bullied by a sibling:

Being bullied by a sibling is common. It has long-lasting consequences. We need to keep talking about it.